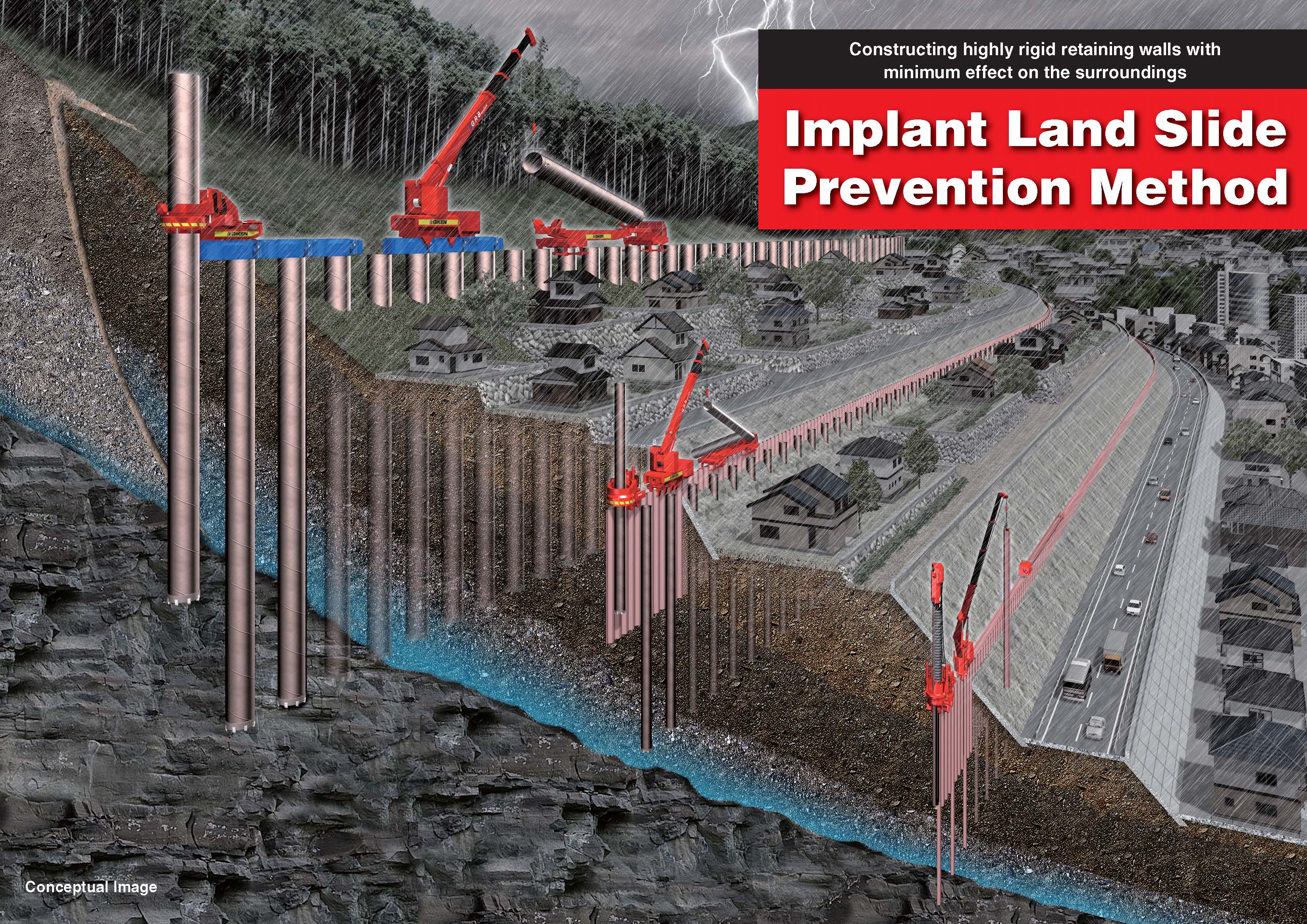 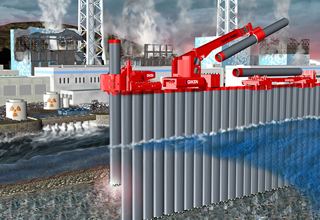 In order to prevent radioactive contaminated water from flowing from a nuclear power facility into the ocean, an Implant Watertight Levee is built with the structural members pressed into an impermeable layer such as clay or bedrock, to be completely watertight. The watertight levee is also effective for industrial waste landfills, chemical plants, etc., preventing the spread and leakage of hazardous substances and guaranteeing environmental protection and safety and security for surrounding residents.

"Implant Wall" as a Measure for Landslides and Mudslides

In Japan, where it is mostly mountainous with warm weather and high rainfall, roughly half of the dead or missing from natural disasters are due to debris flow disasters such as landslides and mudslides, so this kind of disaster has the highest number of victims. At times when there is an increased risk of debris flow disaster due to torrential rain, etc., the GRB system is used to build an Implant Wall in the danger location.

"Implant Wall" as a Measure for Pyroclastic Flow

Japan currently has about 10% of the world’s active volcanoes. Japan is literally the volcanic islands, and is always facing the risk of damage from volcanic eruption. As at June 2011, the Japan Meteorological Agency is constantly monitoring 47 active volcanoes. Once an eruption occurs, magma is ejected as well as high-temperature, high-pressure steam and volcanic gas, causing a pyroclastic flow down the mountainside, just like an avalanche, and furthermore, the deposited volcanic ash becomes a volcanic mudflow or debris flow that hits residential areas. At the stage when signs of volcanic eruption appeared, the GRB system is used in full auto to press-in a PC (Precast concrete) wall structure, etc., that is resistant to high temperatures, to build a robust Implant Wall. Pyroclastic flows, volcanic mud flows and debris flows are shut out before they reach towns, thereby limiting damage.