The Ceremony of the 2018 Ben C. Gerwick Award In Orlando Florida, USA

Akio Kitamura, CEO of GIKEN LTD, is the Japanese first received the 2018 Ben C. Gerwick Award hosted by the Deep Foundation Institute (DFI). The award ceremony was held on 8 March 2018 in Orland Florida, USA at the venue of the International Foundations Congress and Equipment Expo (IFCEE) where an international congress of the underground development technology being in session.

Akio invented the Silent Piler, a pollution-free pile press-in/extraction machine, in 1975. It was the first practical application of the press-in principle in the world. Even now after 51 years passed company founding, he has continuously and energetically been promoting the Implant Method by the Silent Piler to over the world. Since the unique engineering technology has been greatly contributing in terms of infrastructure maintenances in various countries beyond the field of ocean foundations, his achievement became widely well-known and awarded the prize as the first Japanese.

At the award ceremony, videos introducing Kitamura’s background from birth to the Silent Piler invention and of major achievements he has made were put on screen, and speech of the award was made by Kitamura himself. Following his speech, Dr Osamu Kusakabe, president of the International Press-in Association (IPA), made a presentation of the Press-in Method.

IFCEE congress was filled up with about 1,000 participants including prime contractors, engineers, manufacturers, suppliers and researchers from all over the world. At the Citron North & Center where the ceremony was held, a tribute was given to the innovativeness of the Press-in Method and many achievements by the method, and Kitamura’s winning award was grandly blessed. 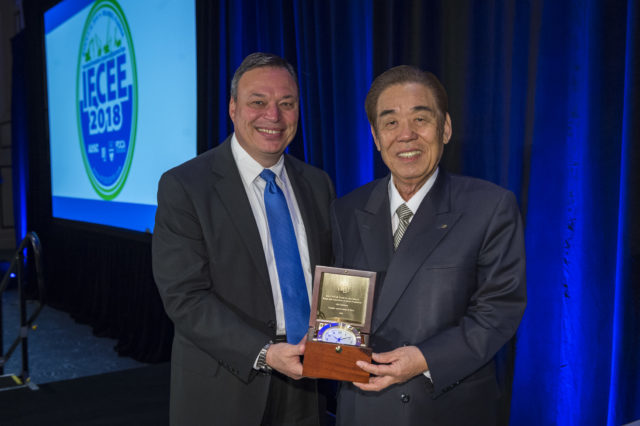 Dr Erman (left), chairperson of the DFI committee of ocean foundations, and Kitamura(right) 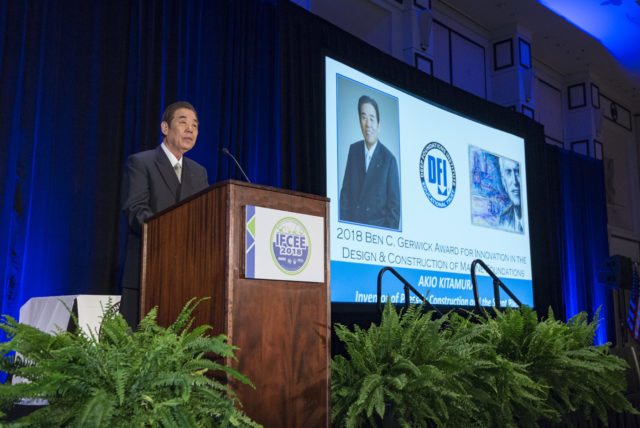 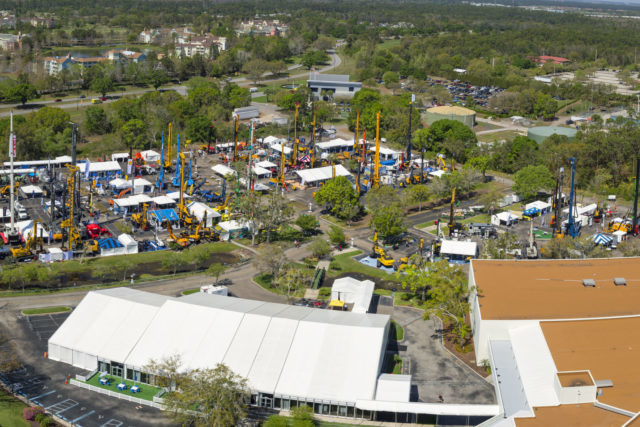 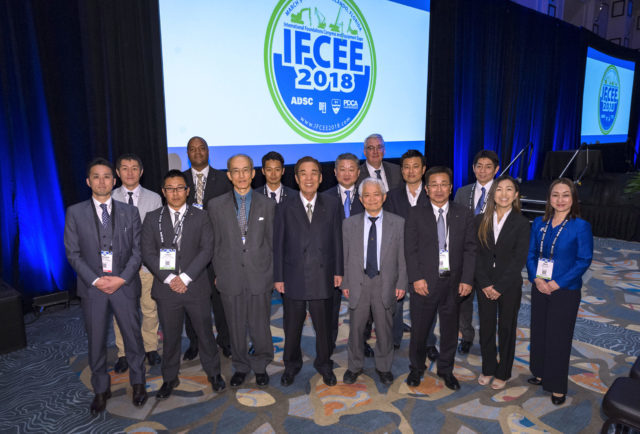 I am very honoured to have received such a prestigious award like this.

“Press-in Method”, I have worked only on this for half a century. So, I was just surprised when I received a notice that I won the Ben C. Gerwick Award. I am very wondered in spite of many Japanese people do not know me, how the prestigious international institute established 40 years ago in New Jersey became aware of me, Press-in Method, or Silent Piler. In fact, unfortunately I did not know of Professor Ben C. Gerwick, the crown of this award until then. The more words of blessing from people around I received, the more I learn about Professor Gerwick that he is an authority of the underwater concrete, his successors have been playing active parts worldwide, he came to Japan in 1972 as an advisor of the bridge pier construction for “Seto Long-Bridge” which is one of the connection bridges across the inland sea between Kochi and the Main Island of Japan, and he gave lessons at the Tokyo University. Knowing those coincidences to link with him, I truly appreciate this fortune and feel joy from the bottom of my heart.

Now, by remarkable innovations such as IoT, AI, VR, and Robotics, big changes are taking place in various fields worldwide. However, only the construction business we belong to is still conservative, and I sometimes feel as if we were slowly walking through the primitive age.

People may say, “We cannot see the underground, so we do not understand it”. This is true, but a clear standard and the most suitable method of construction are required for underground pile construction, simply because we cannot see the underground. To realize this, we established the International Press-in Association (IPA) in 2007 with a strong thought that the superiority of the press-in method should be proven by science and its effects should be digitized so that they can be disclosed as visualized information to people of the whole world.

We must revolutionize this old-fashioned construction business which further evolution is invisible at this point with a standard in conformity with innovative technique and science. This is our promotion, “revolution of construction method”.

I am convinced that this award I received this time shall become the big bounty of our future activities.

With this award as a good opportunity, I will strive for realization of “the revolution of construction method” to change the world construction.