As of June 30, GIKEN LTD. (headquarters: Kochi City, representative director: Akio Kitamura) has been listed for trade on the First Section of the Tokyo Stock Exchange.

GIKEN is a world-leading manufacturer of non-polluting pile press-in machines, advancing the spread of its original Implant Method as a technology allowing for the rapid construction of robust, highly earthquake-resistant buildings in constrained spaces in the interests of disaster prevention. In efforts to rebuild after the Great East Japan Earthquake and tsunami, and in preparation for a potential Nankai Trough earthquake, GIKEN’s technologies are finding more and more use in seawall reinforcement, earthquake-proofing for the retaining walls of aging roadways, railway embankments, and bridge piers, as well as landslide prevention for mountainous areas. 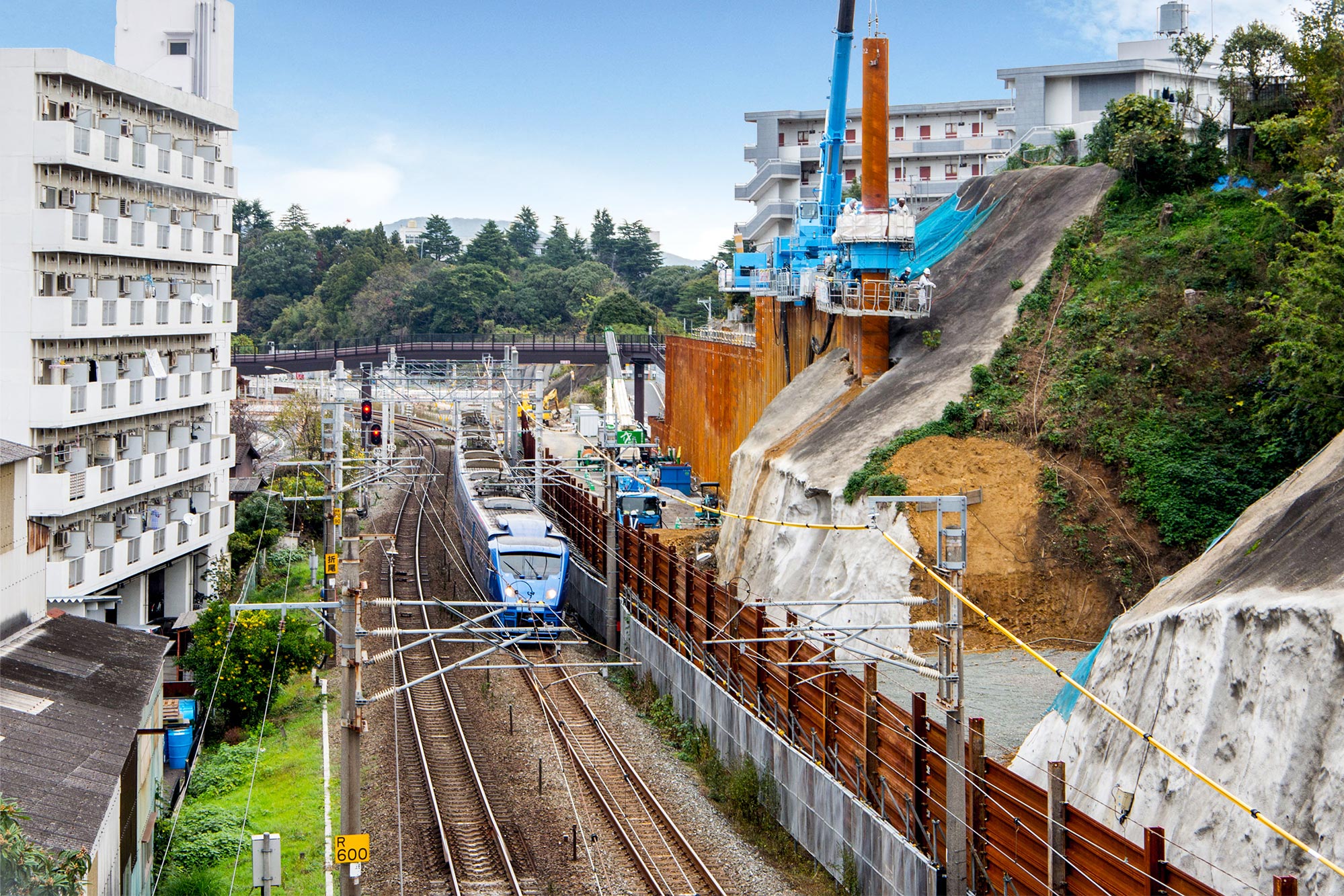 A retaining wall installed on a steep railway embankment

GIKEN was founded in 1967 with a vision to remove pollution from construction work, and celebrated the 50th anniversary of that founding this January. In 1975, GIKEN made a breakthrough with the development of the Silent Piler, a vibration-free and virtually noise-free hydraulic press-in machine using the press-in principle, setting it years ahead of the rest of the world technologically. This use of a light, compact machine radically transformed accepted principles of piling, eliminating construction-related problems from piling in one fell swoop. 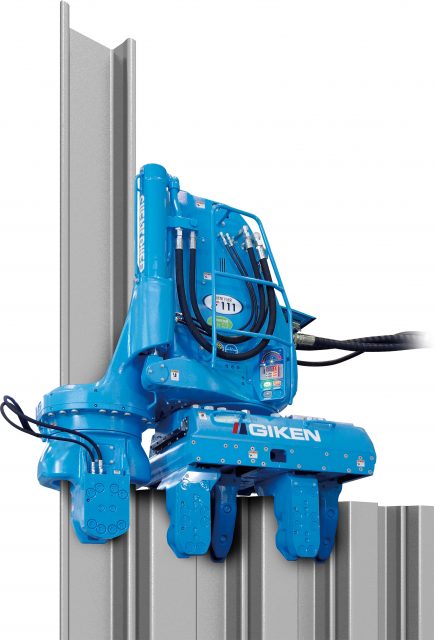 The “press-in principle” refers to the mechanism whereby piles are installed using static load generated from hydraulic rams, with the reaction force derived from the extraction resistance force of previously-installed piles. One of the biggest advantages of using this principle is the ability to leverage a small machine to yield significant energy using the power of the Earth. This Implant Method, which utilizes Silent Pilers, has built an extensive track record across 37 countries worldwide.

Further, underground spaces created by the Press-in Method now house 50 Eco-cycle parking facilities across 19 locations in Japan, built under the vision of “Culture Aboveground, Function Underground”. These facilities have garnered much attention with their minimal aboveground exposure with a compact entrance booth and their incredibly convenient bicycle withdrawal, which can be as fast as eight seconds. 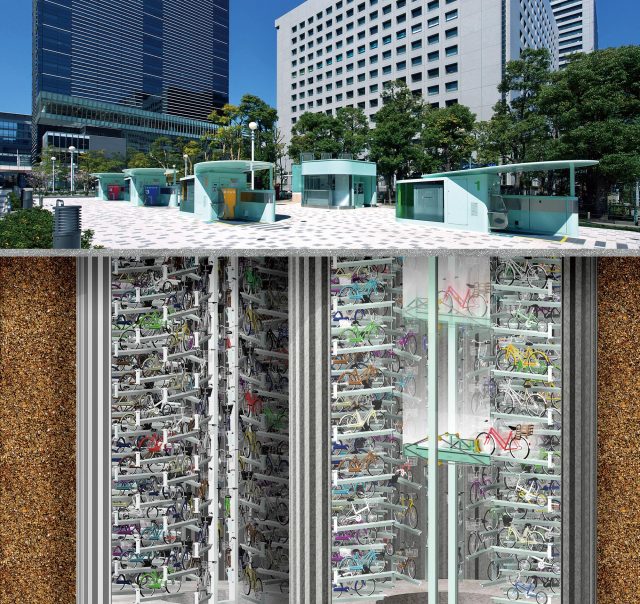 We at GIKEN continue to strive to revolutionize construction technology around the world in a joint pursuit of company value and protection of lives, culture, history and wealth against disaster, seeking to underpin a safer, prosperous society.