In March 2011, the Great East Japan Earthquake struck the north east region of Japan with a magnitude of 9 on Richter scale and seismic intensity of 7. Because the massive earthquakes were submarine earthquakes, tsunamis struck the coastlines shortly after the events with a maximum wave height of 16.7m.

Due to the devastating dynamic loads from the earthquakes and tsunamis, a majority of traditional gravity structures on the coastlines were instantly destroyed without adequate resistance. However, it was reported that some embedded structures well withstood the tremors and tsunamis, remaining in place. It was a clear comparison of gravity structures and embedded structures in terms of structural resiliency.  As a seawall or levee, the most important aspect is not stiffness of the structure itself, but resiliency, which can absorb, dissipate or mitigate the impact of disasters. 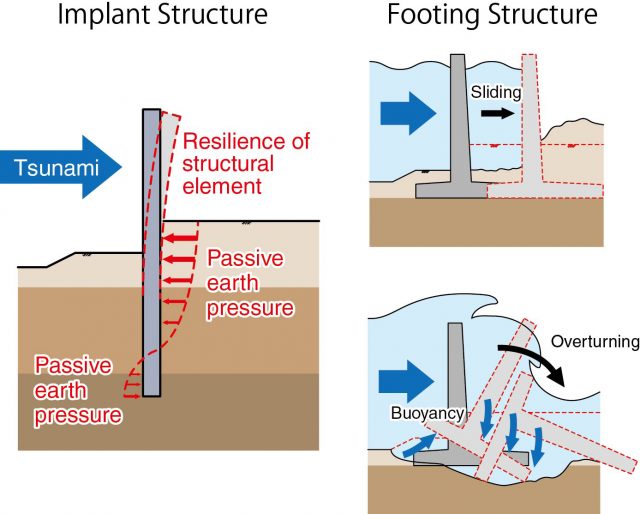 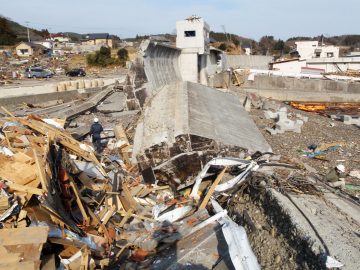 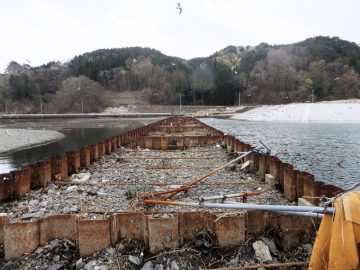 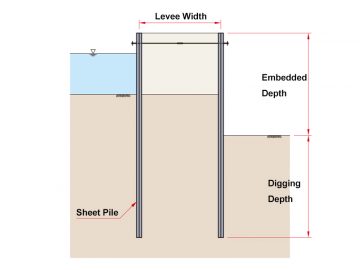